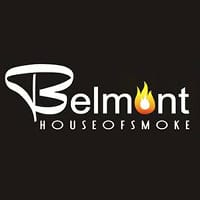 Belmont House of Smoke may be the best bbq around but they did not get that way over night. It took years of culinary and customer experience. In 2009 Belmont began cooking real barbecue-- quality meats rubbed with our own spices and cooked low and slow over a wood burning fire. The result was awesome. Real Urban Barbecue (a.k.a R.U.B.) right in the heart of Ghent! So with the help of employees, friends and family, Belmont House of Smoke was born. 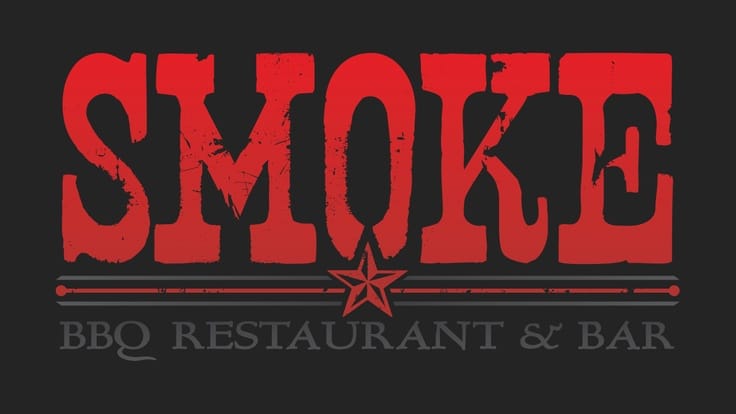 Smoke BBQ...it's not just about preparing food for customers! We prepare all our dishes just as we do for our family and friends. Using fresh, local, natural ingredients with our hardwood smoked meats makes the restaurant and catering services the best in the area.

Dickey's Barbecue Pit prides itself on authenticity, innovation and barbecue sauce, one store at a time. With roots in Dallas, Travis Dickey set out to perfect Texas-style barbecue. In 1941, Travis Dickey opened the first Dickey's Barbecue Pit in Dallas, Texas. Space on the restaurant's sign was rented out to help pay the start-up costs for the restaurant and the menu was limited to beef brisket, pit hams, barbecue beans, potato chips, beer, bottled milk and sodas.  Today, every location smokes all of their meats on-site at the restaurant the same way it was done in 1941. Dickey's serves up beef brisket, pulled pork, ham, polish sausage, turkey breast and chicken, with an extensive array of home-style sides from jalapeño beans to macaroni and cheese

Ronnie’s Ribs, Wings & Other Things strives to bring you the best in Southern-Style Barbeque and deliver you an experience that you will never forget. Their mission is to provide great food and superior customer service. Customer satisfaction is their paramount objective. Ronnie’s Ribs provides mobile catering and event planning. They also have a retail location on East Main Street in Richmond, VA, and Ronnie's ships ready to prepare Southern-Style barbeque to every corner of the U.S., and even overseas. 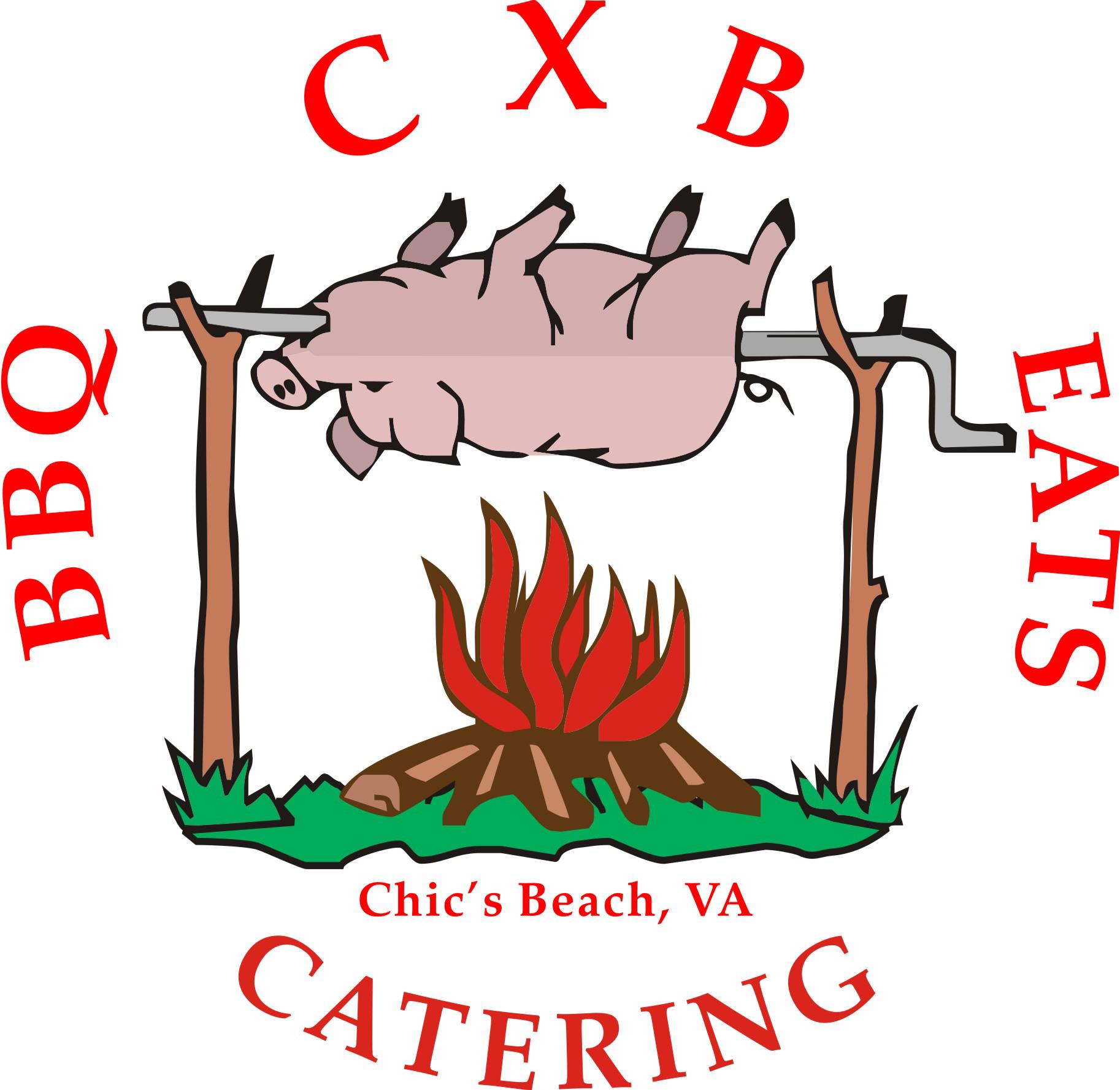 CXB BBQ and Eats started up in 2013. The owners, Mike and Amanda Clifford are food enthusiasts with a passion for BBQ. Mike has cooked locally for over twenty years in restaurants in the area, but has always loved to barbecue. His love of barbecue brought him to complete the Carolina Pit Master School in 2013 and start this catering company with his wife Amanda. They can cater any event or prepare the BBQ and food ahead of time and drop it off for your party or celebration. We slow smoke all of our meats and make all our sauces and sides fresh and with lots of love. 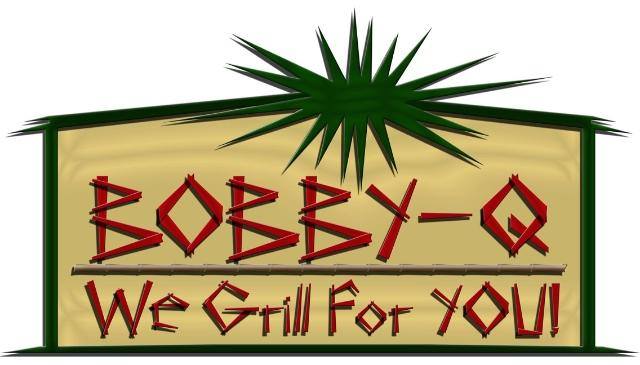 Getting Saucy With Sydney Meers 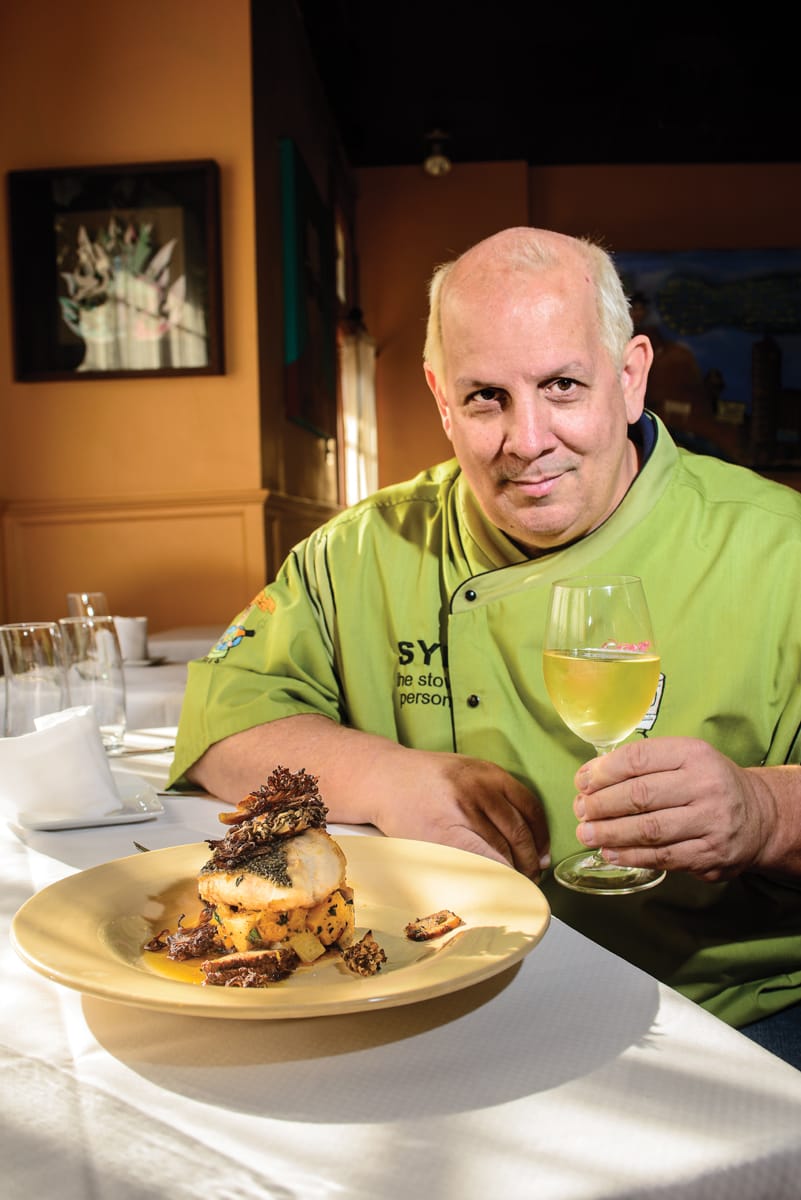 Anyone that knows Sydney Meers knows he can get saucy. Now’s the proof’s in the bottle.

Meers is one of the region’s best known chefs, noted for his wonderfully crafted ‘neo-southern’ cuisine, eclectic personality, and equally eclectic dining rooms.

We’ve followed his career from the early days at Norfolk’s Dumb Waiter (both incarnations) to Cowboy Syd’s in Newport News and now at his Portsmouth restaurant, Stove (www.StoveTheRestaurant.com).

A favorite of folks over the course of time has been his Cowboy Syd’s D-Lish Sauce, and it is now packaged and sold.

He says he’s been tinkering with it for 25 years.

The blend is similar to a barbecue sauce, but he says the body of the sauce and the spices lend itself to broader applications, everything from marinates to a dip. We think it would be a great addition to a bloody mary.

Look for Chef Syd and his D-Lish sauce at Festevent’s Ribtoberfest at Town Point Park in downtown Norfolk on Sept. 26.
Syd will be sampling the sauce, which is delish; we think you’ll be inspired to buy a bottle to slather on some of the amazing barbecue you’ll find at the fete. I know that’s my plan. 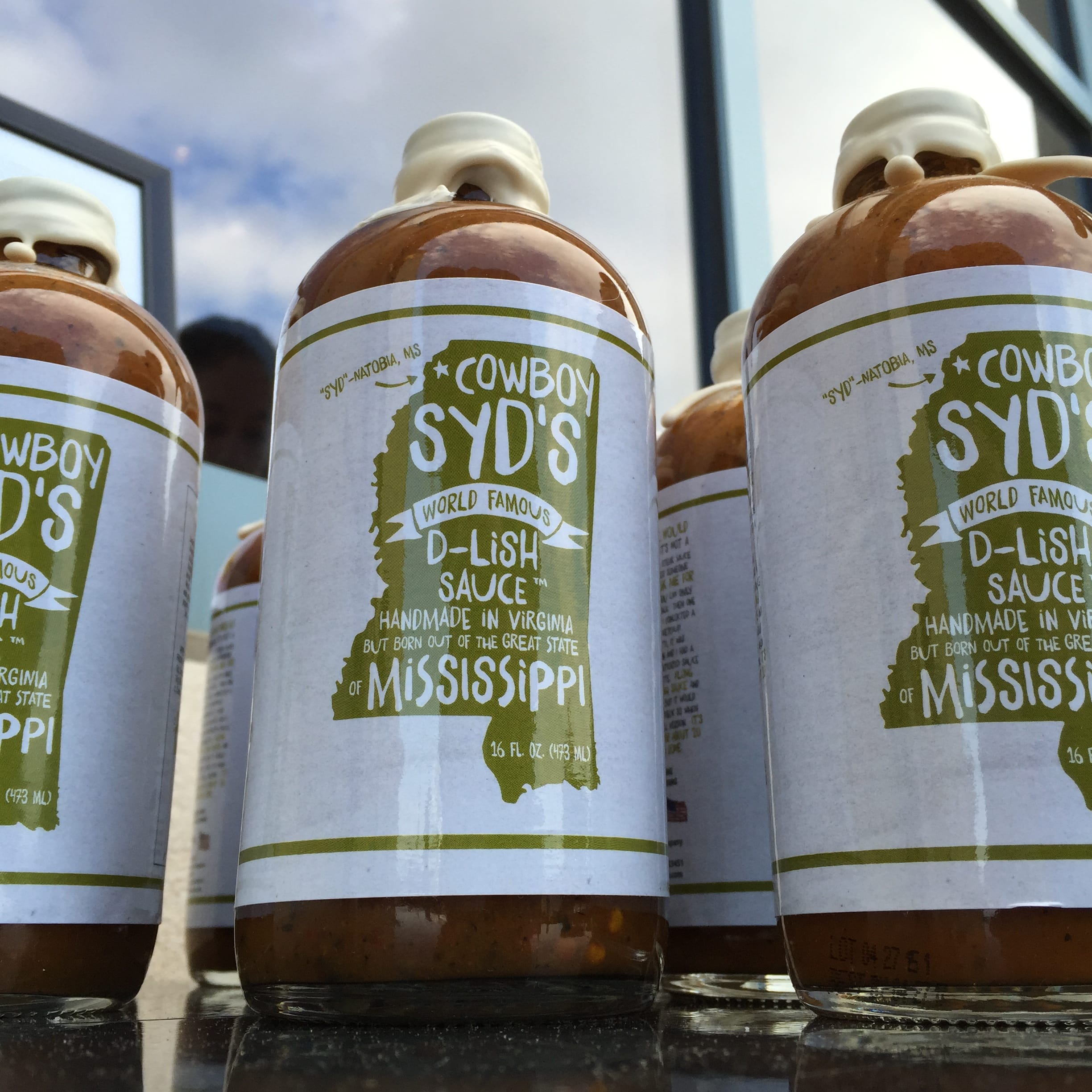 Speakeasy Bourbon Bar introduces bourbon, including rye, malt and whisky, to the Southern Foodways theme for RibtoberFest.  Guests can sample each of the featured brands or have a cocktail mixed with their fave.  Sampling includes three bourbons of your choice, each in 1 oz pours.  Cocktails include a 1.5 oz pour with mixers including Coke, Diet Coke, Sprite, Ginger Ale, Cranberry Juice, Orange Juice and Club Soda. 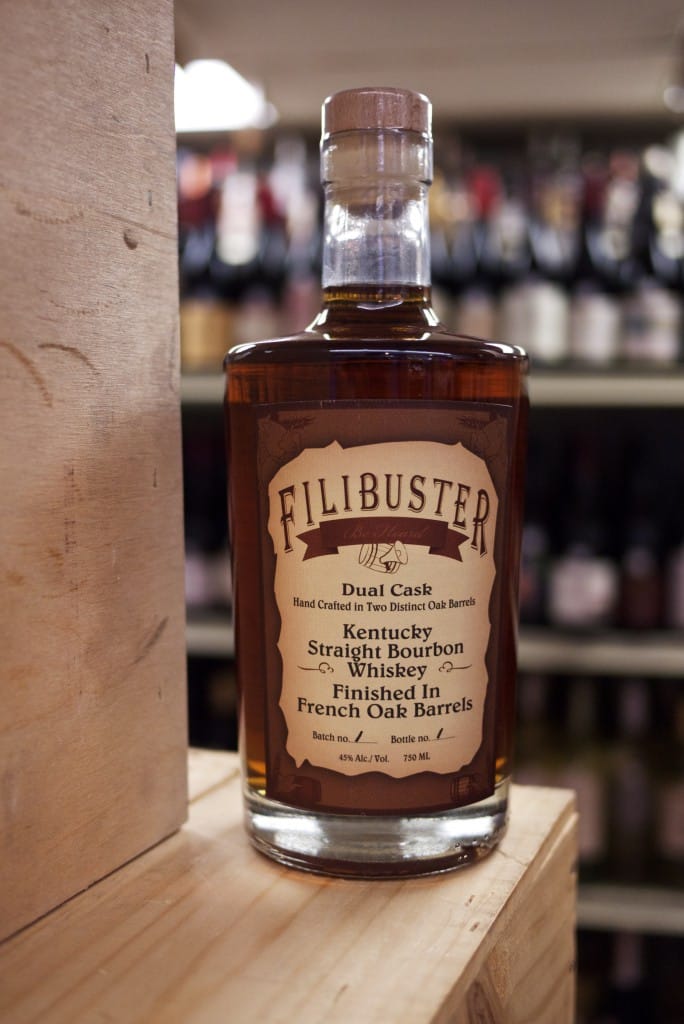 Filibuster Bourbon Made in VA Product!

"As Washington DC wine and spirit merchants, we know how some folks in this town talk and talk, without saying anything! One thing we can all seem to agree on however is good whiskey…We also know how French oak barrel aging is the key to making fine wine – it adds depth, complexity and elegance…so why not try it with whiskey, we thought? We call our unique process “Dual Cask”.Our gifted master blender selects the best barrels of aged American whiskies he can find, and assembles a bi-partisan blend of young and old – young for the spicy edginess, and old for the mellow smoothness. We let them get to know each other in French oak wine barrels for a few months, and when they come out, we have what we believe is one of the best whiskies on the market. Filibuster! – a whisky so good, you won’t stop talking about it!" - Filibuster's Website 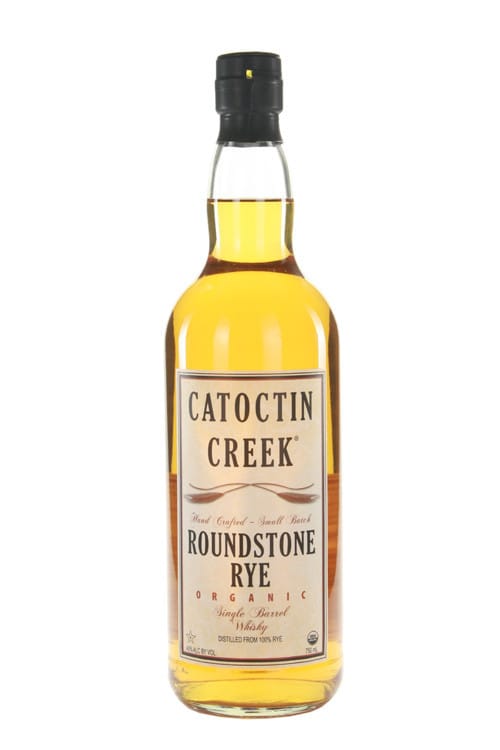 Catoctin Creek Made in VA Product!

Catoctin Creek® Distilling Company was founded by Becky and Scott Harris in 2009 as the first legal distillery in Loudoun County since before Prohibition. We are located in Purcellville, Virginia, in the heart of the Loudoun Valley. Loudoun County, often called D.C.'s Wine Country, is home to more than twenty vineyards and wineries, and it now has a distillery.

The name "Catoctin" is a regional name. Pronounced Ka-TOCK-tin, the name derives from the Indian tribal name "Kittocton" which, legend has it, meant "place of many deer". Catoctin describes a range of mountains and the creek which flows picturesquely into the Potomac River and Chesapeake Watershed.

At Catoctin Creek, we believe in high quality food and spirits. Organic means higher quality: grain and fruit, sourced locally when possible, free of pesticides and chemical additives that would come through in the spirits we produce. Sure, it is more difficult to produce organically, but the results speak for themselves. - Catoctin Creek Website

Copper Fox Made in VA Product!

Copper Fox is a ‘Rye Spirit’ from the makers of Wasmund‘s Single Malt and is made at the eponymous Copper Fox distillery in Virginia. They were founded in January 2000 and have been playing with interesting spirits ever since, with their main two experiments being smoking malt using wood rather than peat and using wood chips in their barrels during maturation. The latter technique has been used in wine making for years to help develop woody flavours, but has been frowned on by the whiskey business as somehow ‘cheating’. Wasmund’s have happily ignored all that and continued to experiment.

The Rye isn’t a whisky (or a whiskey) for a couple of reasons. In the EU regulations state that you have to be matured for 3 years in oak to be called whisky and Copper Fox only sits in a cask for a year; In the USA you have to (almost always) fill your spirit into a new American oak cask to be called whiskey and Copper Fox uses refill barrels. They take a bit of Scottish whisky making tradition, ally it with a bit of American and add a bit of wood chip innovation to get something quite different.

Firstly the grain, a mix of 2/3 rye and 1/3 malted barley, is lightly smoked using a mix of apple and cherry wood. After distillation the spirit is filled into ‘used’ (I assume refill) bourbon casks and dosed with new and previously used apple and oak chips before being finished in ‘second used’ (2nd fill?) casks. - The Whiskey Exchange 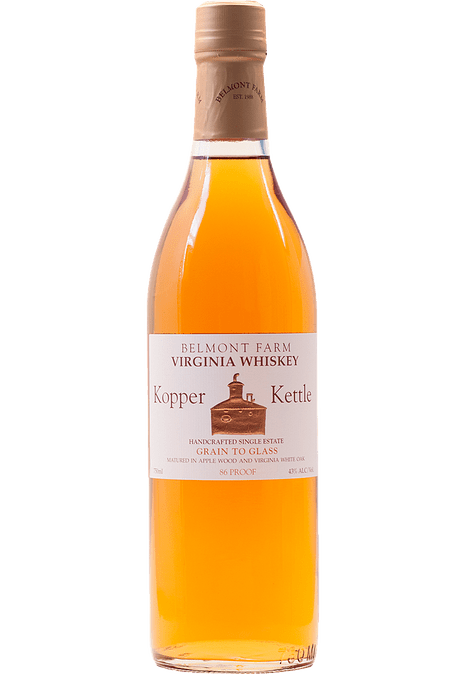 Kopper Kettle Made in VA Product!

Belmont Farms is proud to introduce Virginia's first original recipe which is registered and trademarked "Virginia Whiskey."  Our special recipe is a triple grain whiskey, double wood, and twice distilled.  The Virginia Whiskey is first produced with grain grown on our farm (the only distillery in the U.S. that grows its own grain).  It is a secret formula of corn, wheat, and barley and is mashed and fermented in our all copper fermentation tanks.  Then, at just the right time, it is double distilled in our unique potstill using early American traditional methodology. Our Virginia Whiskey never sees any modern methods, i.e. column still.  Only a potstill can preserve the taste and aroma required for this unique product.  Our whiskey is then charcoal filtered and presoaked with oak and apple wood chips before it is aged in barrels for four years.  Before bottling, the barrels are hand selected in three barrel batches to preserve its uniqueness.  This is definitely a next generation Whiskey, so grab a glass of grain to glass goodness and enjoy! - Belmont Farm Distillery 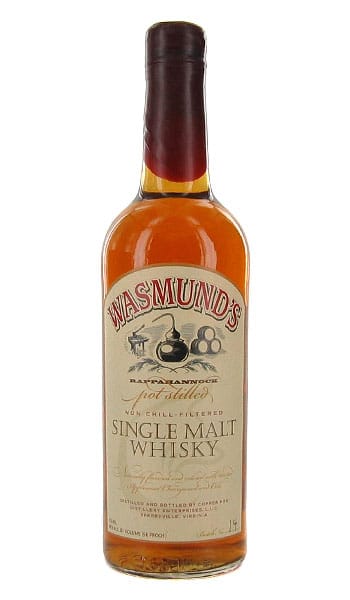 There is nothing as wonderful a new innovation! Here is the skinny from Rick Wasmund: "The foundation of our product is Thoroughbred barley from our own private grower and used by no other distillery. We malt our own, in small batches, using a traditional floor malting the way it's been done for centuries in Scotland. When the malt is ready to be dried, we don't use peat! Instead we use the smoke of an apple wood, cherry wood and oak wood fire that is kept at a slow burn for a night and a day. This is another first for single malt whisky that adds to the cascade of finishing flavors. When the malt is ready, it is milled here and mixed with hot water to make a sweet smoky mash that is pumped over to the fermenter where yeast is added and it is fermented out to a distiller's beer. The beer goes through our double pot still and comes out in one-barrel batches. It is said that the smaller the still the better the whisky, by that standard this may well be the best whisky on the market today! The next step is our secret chip and barrel aging process (patent pending). We can only tell you that it involves apple wood, cherry wood and oak chips, special selection and toasting techniques, and more time and passion than could be expected from a larger operation. - K&L Wine