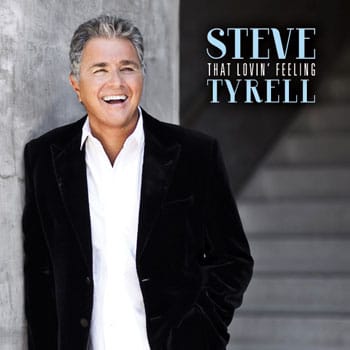 Grammy Award-winning vocalist Steve Tyrell is truly a renaissance man. In over four decades in the music business, he has achieved great success as an artist, producer, songwriter, music supervisor, and performer.

With his breakthrough performances in “Father of the Bride” and “Father of the Bride II,” Steve Tyrell reinvented and re-popularized classic pop standards for a modern-day audience. Steve has sold hundreds of thousands of albums and gained a passionate following all over the world. His hits “The Way You Look Tonight,” “The Simple Life,” “Crush On You” and “The Sunny Side of The Street,” have launched thousands of weddings and millions of romances.

Aside from being a Grammy Award winner, Tyrell has earned 2 Emmy nominations, received a daytime Emmy, 3 Ace Nominations, 2004 American Society of Young Musician’s “All That Jazz Award”, 2004 The Wellness Community “Human Spirit Award”, 2006 Society of Singers “Lifetime Achievement Award”, and 2008 Los Angeles Jazz Society’s “Jazz Vocalist of the Year”. His productions were nominated have earned over 11 Grammy Awards themselves. The music he produced for the children’s special “Cartoon All Stars to the Rescue” which aired on all three major networks simultaneously was given special recognition by the Emmy’s. For music samples and more information about the artists, please visit http://www.stevetyrell.com.