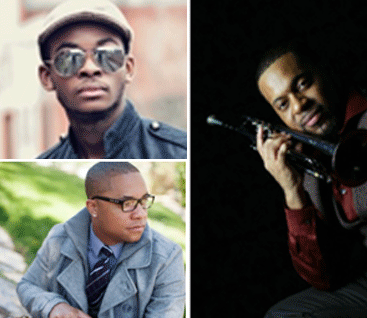 With successful outings at some of the country's premiere festivals in 2014 including Berks, Seabreeze, Capital Jazz, Newport Beach, Norfolk and Catalina Island Jazztrax, Generation neXt is ushering in a new dimension of smooth jazz/R&B grooves with style and flair. These world class musicians and rising stars from Trippin 'N' Rhythm Records/Cutmore Entertainment are at the cutting edge of contemporary jazz with R&B/soul influences.

'Soulfunky' is soul-jazz and R&B trumpet master Lin Rountree's fifth studio CD and follow up to the success of 2013's 'Serendipitious'. Slated for release in mid-May, the 12 song self-produced collection is Rountree's funkiest and most soul-filled to date featuring some of the hottest musicians and producers in the business. Showcased in the 2012 Whitney Houston film, ‘Sparkle’, Lin has performed with icons including the late George Duke, Marcus Miller, Tim Bowman and Kem.

“It’s all about the sound.” That is the powerfully simple principle inherent in saxman Lebron’s music. Brian McKnight, Phil Perry and Will Downing all influenced his phrasing, expression and solos as did Gerald Albright, Kirk Whalum, Grover Washington, Jr. and Nelson Rangell. His debut release ‘Shades’ featured Paul Brown on the hit 'Groove City' and the single 'Kinetic' enjoyed strong support at Billboard. Lebron's much anticipated sophomore release will be out in July 2015.