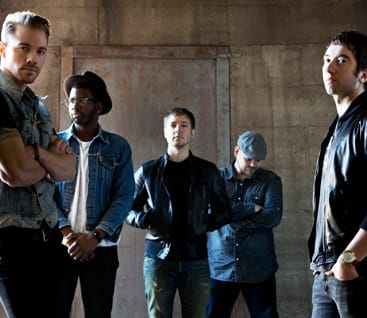 Hailing from the suburbs of Chicago, the punk-pop outfit Plain White T's began taking shape in 1997, a full ten years before the acoustic ballad "Hey There Delilah" made them Grammy-nominated stars. Lead singer Tom Higgenson was originally fascinated with the drums, having served as the percussionist for various rock bands during high school. One such band was Harvey's Daughter, whose lineup also featured bass player Ken Fletcher. Although the group disbanded, the two remained friends and quickly launched a different band, with Higgenson taking over lead duties as songwriter and singer. Drummer Dave Tirio also joined the new lineup, bringing Plain White T's to fruition during the fall of 1997.

Performances in various Chicago clubs earned the band a small but devout following. In the summer of 1999, Higgenson was nearly killed in a car accident; the crash resulted in a ruptured kidney and lacerated lung. However, the event also left him with a newfound dedication to songwriting, and the band began making quick progress as a result, self-releasing Come on Over in 2001 and signing with Fearless Records for the release of Stop in 2002.

The band's work ethic and promising songcraft earned Plain White T's a new contract with Hollywood Records, and Every Second Counts, their hook-laden debut for the label, appeared in September 2006. The band returned to the road soon after, but fortunes improved as "Hey There Delilah" gathered steam on radio stations across the U.S. By the following summer, the song had topped the charts in ten different countries and helped jump-start sales of Every Second Counts (which, incidentally, only featured "Hey There Delilah" in enhanced versions of the record). Plain White T's received two Grammy nominations for the song, and the band returned in 2008 with Big Bad World -- a return-to-form effort featuring the band's usual mix of spunky energy and pop/rock craft.

In 2010, Plain White T's released the song "The Rhythm of Love," featuring lead vocals from guitarist Tim Lopez. Built upon a laid-back acoustic sound, it was the first single from the band's sixth studio album, The Wonders of the Younger, which was released that December.