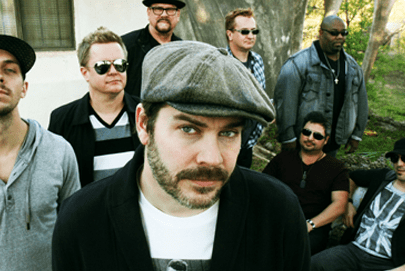 Audiences can always expect spontaneity and heart from a Mingo set, where the band intermingles fresh takes on songs from their extensive catalog with their twist on a few select soul standards. 'When something feels a little a stale, we'll change up the arrangement to keep it feeling new,' says Roger. 'You don't want to change so much about a tune that it becomes completely unfamiliar, but folks who are a part of our musical world also expect some experimentation. We don't want a solid wall of sound; we want to create a whole night of music, with a natural ebb and flow.'

What started as a casual jam session with friends blossomed over time into an impressive eight-piece ensemble that evoked fond memories of listening to soul music as a kid. 'Pops [Mingo's bassist, Roger Sr.] always had soul and R&B on the stereo, and then he was playing those tunes every night. So that was what I grew up with. Then, when I was maybe eight or nine and living on an Air Force base, all my little friends used to go to Catholic Sunday School on Sunday mornings, so I'd tag along. After that let out, we heard this gospel music wafting from the chapel,' explains Roger. 'The deacon saw our raggedy jeans and cut-off shorts and said we weren't really dressed for an audience with the Lord, but he let us watch from the balcony. That became our regular stop. It was really moving, even though I didn't fully understand it at the time.'

While the band's name comes from a crossroads just outside of Denton, TX, Mingo has long since extended its reach onto the national music scene, sharing stages with the likes of Trombone Shorty, Parliament, Sting, Little Feat, Earth Wind & Fire, Robert Randolph, Galactic, and MOFRO ' but they still experience their fair share of humbling moments. After playing a show at MusikFest in Bethlehem, Pennsylvania, they noticed an oddly familiar-looking gentleman dancing in the crowd. 'We got offstage, and when he walked up, he handed me his business card,' recalls Roger. 'It was Bernard Purdie, one of the session drummers with James Brown. He'd recorded some of the very songs we'd just played. And he was dancing... Those kinds of moments are hard to beat.'