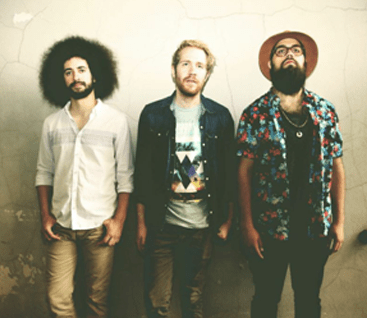 Calling to mind the soulful, dynamic sounds of 70’s giants such as Led Zeppelin, Humble Pie, and Free's early years, Wild Adriatic has won early acclaim from places such as Rolling Stone, USA Today, Relix, American Songwriter, and Guitar World. The debut album Big Suspicious was released in January 2014 and the band has since stayed on the road in support of the effort, logging an impressive 175 live shows in 2014 alone. From headlining blues festivals in Connecticut for a crowd of 10,000 people to a five week European headlining tour to serving as direct support for an impressive list of rock and roll royalty including Grand Funk Railroad, Robert Randolph, Blues Traveler, and many more... Wild Adriatic is a high energy, riffy power trio to rival any you've seen before. The band has built a strong following off of a relentless tour schedule and a powerhouse live show, spending 225+ days on the road and making noteworthy appearances at festivals like SXSW, moe.down, Gathering of the Vibes, and CMJ.