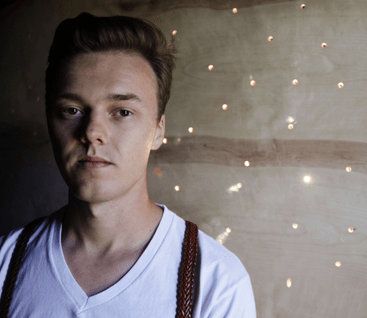 At only 21 years of age, Oklahoma native Parker Millsap is quickly making a name for himself with his captivating live performances, soulful sound, and character-driven narratives. Since the release of his self-titled debut album earlier this year, he has garnered a nomination for the Americana Music Association's 2014 Emerging Artist of the Year and has received praise from The Wall Street Journal, USA Today, American Songwriter, The Boston Globe, and NPR, to name a few..

A trip to Nashville found Parker playing at the Tin Pan South songwriter's festival, where his performance impressed Old Crow Medicine Show's manager so much that he invited Parker to open a string of dates for the band, later leading to a slot on their prestigious New Year's Eve gig at the Ryman Auditorium. Parker has also opened dates for Patty Griffin, Shovels & Rope, Lake Street Dive, and fellow Oklahoma blues-rocker John Fullbright.