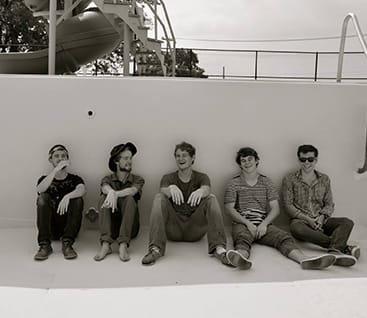 Koa may hail from Nashville, Tennessee — the country music capital of the world — but the seven-piece band is more interested in groove than twang. Founded by childhood friends and songwriting duo Chase Bader and Conor Kelly, the group mashes soul, rock & roll and funk into an eclectic, danceable sound, focusing on songs that aim for the heart, head… and feet.

Since playing their first show in a Nashville yogurt shop, the guys have built their audience the old-school way: by piling into a van and hitting the road, relying on live performances — rather than a big-budget marketing campaign or a major record label — to turn the most heads. Along the way, they've performed with the Wailers, appeared at popular festivals like Wakarusa and Summer Camp, and earned an audience that's as diverse and genuine as the band's own music.