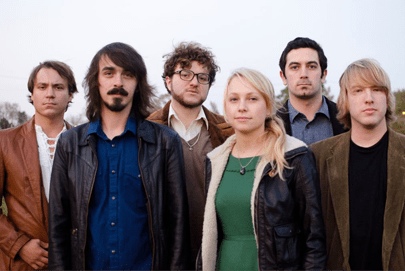 Often hailed as the future of Cajun music; a more current assessment must admit that they are now the present of Cajun music. Feufollet’s last album, “En Couleurs” was praised by the New York Times and Elvis Costello who proclaimed it “…the most beautifully melodic album I’ve heard all year”. The album was nominated for a Grammy award in 2011, and was named among The Top 10 of the World cds in Songlines Magazine. The band was also voted best Cajun band for the New Orleans Big Easy Music Awards.

Once idolized at an early age for their precocious musicianship and sent all over the world as youthful emblems of Acadiana’s cultural resurgence, the members of Feufollet have grown into the music as young adults; and with “Two Universes”, the much anticipated follow up to 2011′s “En Couleurs”, the band pushes even further into their unique, Cajun spiced, Alt Country/Americana sound. The album is set to be released in early 2015 on Feufollet Records and to be distributed by Thirty Tigers.